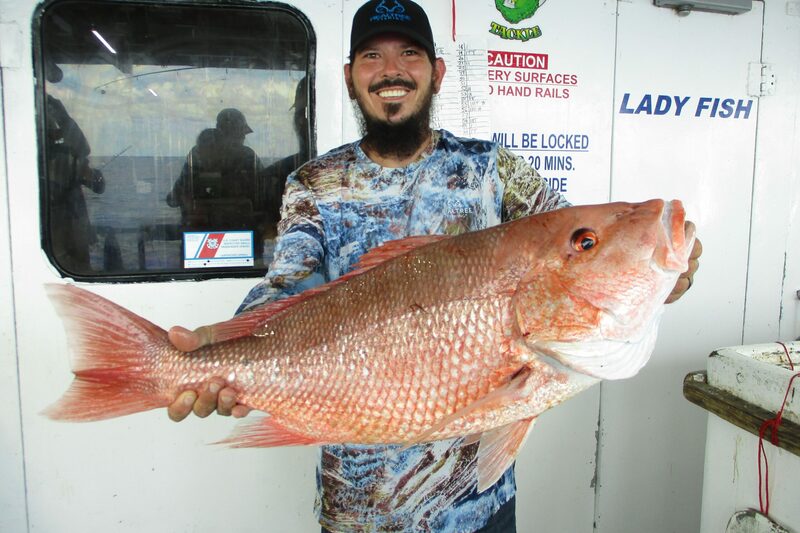 Snook fishing has been going well through the area and they are choked up in John’s pass. There’s plentiful fish, but they are being finicky and leader shy for the most part unless you hit those solunar major or minors. The start of the outbound has been a great time around the pass as of late and end of the incoming has been decent too. We are seeing a lot of active fish just before and around sunrise and sunset too.
Redfish action has been a little slow around the pass, but a few have been caught back in the bay around the mangroves and flats. Mostly the dead threadfins or cut pinfish around those mangrove shorelines have been working best. Also, around the dock lights at night especially near the bottom you can get lucky on the redfish.
Trout action has been going well around bridge and dock lights. We are seeing a few around the deeper parts of the flats inside the pass too. A few around the jetties and on the beaches have been caught but you really are just looking for moving water near some areas that will congregate bait.
Sharks are thick around the area. We are seeing the big boys hanging just off the beaches while the females swim into the bays to birth live young. What juveniles do escape, hang on the flats getting bigger and healthier before making the journey offshore. Due to this, we see a flood of those 2-4ft sharks around the area this time of year from the flats to the passes and on the beaches too.
Pompano are around the bridges, jetties, and beaches of the area. Many are being caught on live shrimp on the bottom, but most of the experienced pompano anglers use the pompano jigs and drift an area to cover the most amount of bottom. Once you find them in an area you can really target them well.
Tarpon action should be hot again early part of the weekend on these late afternoon into night time ‘hill tides’. We will see the tides slow and get weaker with passing days so that will dissipate the tarpon action until the coming new moon.

We are seeing some nice mangrove snapper, quite a few lanes, and a few red grouper on the ten hour all day trips lately with a good number of the grey snapper, or white grunts, along with plentiful porgies too. The hot bait for the red grouper are the whole threadfins with a chunk of squid. While the mangroves love the cut threadfin or the live shrimp. We see lanes and vermillion on the shrimp too, or smaller pieces of the threadfin chunks. Grey snapper or white grunts will bite just about anything too. The bite is picky for the grouper while the grey snapper, lanes, and vermillion are most aggressive near shore.

Hogfish are still coming up on some of our 5-hour half days and 10 hour all day trips. The numbers on the hogfish catches haven’t been outstanding, but we are catching a few here and a few there. They love those live shrimp and the lighter tackle. Using around 30lb leader and around 3-4ot hooks are a great way to target the hogfish. However, the issue lately is finding shrimp of any size to use. We are seeing the smallest shrimp of the year this time of the year. This is typical around the July fourth time frame, but once rains get heavy again the larger shrimp start to return.

Red snapper season still in full swing until end of day August 18th for us at Hubbard’s Marina so our focus is all about taking our revenge on these guys and filling our boats with red snapper. While that is the focus of our 12-hour extreme, 39 hour long range overnight deep sea fishing trip, and our 44 hour full moon long range trips we are still seeing some monster gag grouper, fat red grouper, big scamp grouper, steady mangrove snapper, yellowtail snapper, vermillion snapper, lane snapper, porgies, almaco jacks, and many more species too. The fishing is HOT, and the weather is hotter right now. While we did have some tougher trips around the full moon due to lack of moving water, lack of wind, and dealing with some storms. Overall, the fishing was good this past week. We did see more of an afternoon bite on a lot of our trips or early morning while the mid-morning to early afternoon has been a little trickier when the water and wind aren’t moving.

The hot bait lately has been the bigger live baits or the big dead baits. We are working hard to procure some boston mackerel which have been great bait options offshore lately. We also saw some mullet working well and our bait guy brought in a bunch of them for bait on the last trip and it was a huge hit offshore. Bonita strips have been working too. Any large smelly, oily, and bloody baits have been working well for a variety of the big grouper and red snapper offshore.

The pelagic action hasn’t been super stellar, but we are seeing a few tuna caught and the occasional Mahi Mahi too. The wahoo are around, but we haven’t seen any caught this past week. 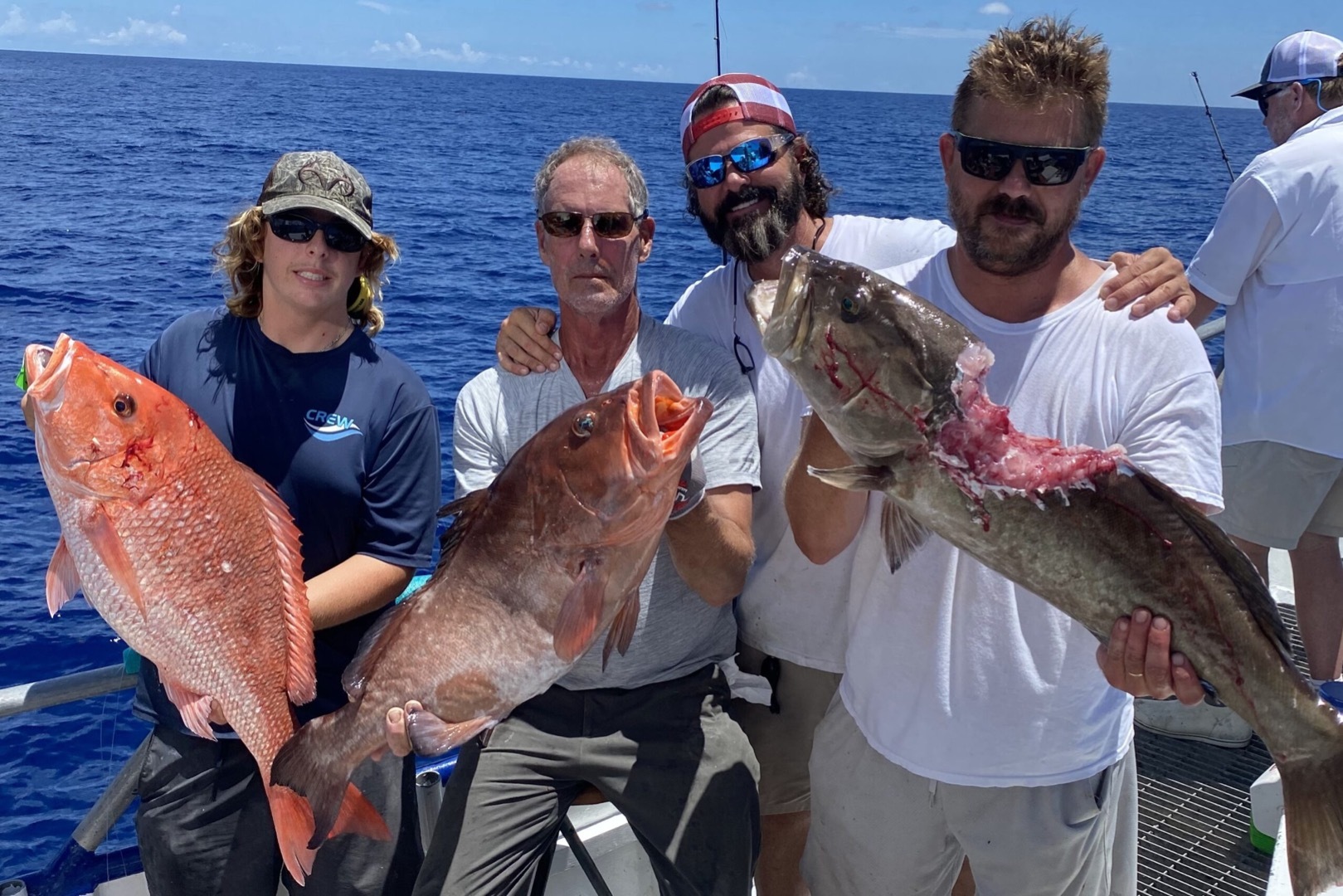 7-8-2022
Inshore Fishing Report Snook action still going extremely well in the back bay areas and along our passes and beaches. WE...... Read More 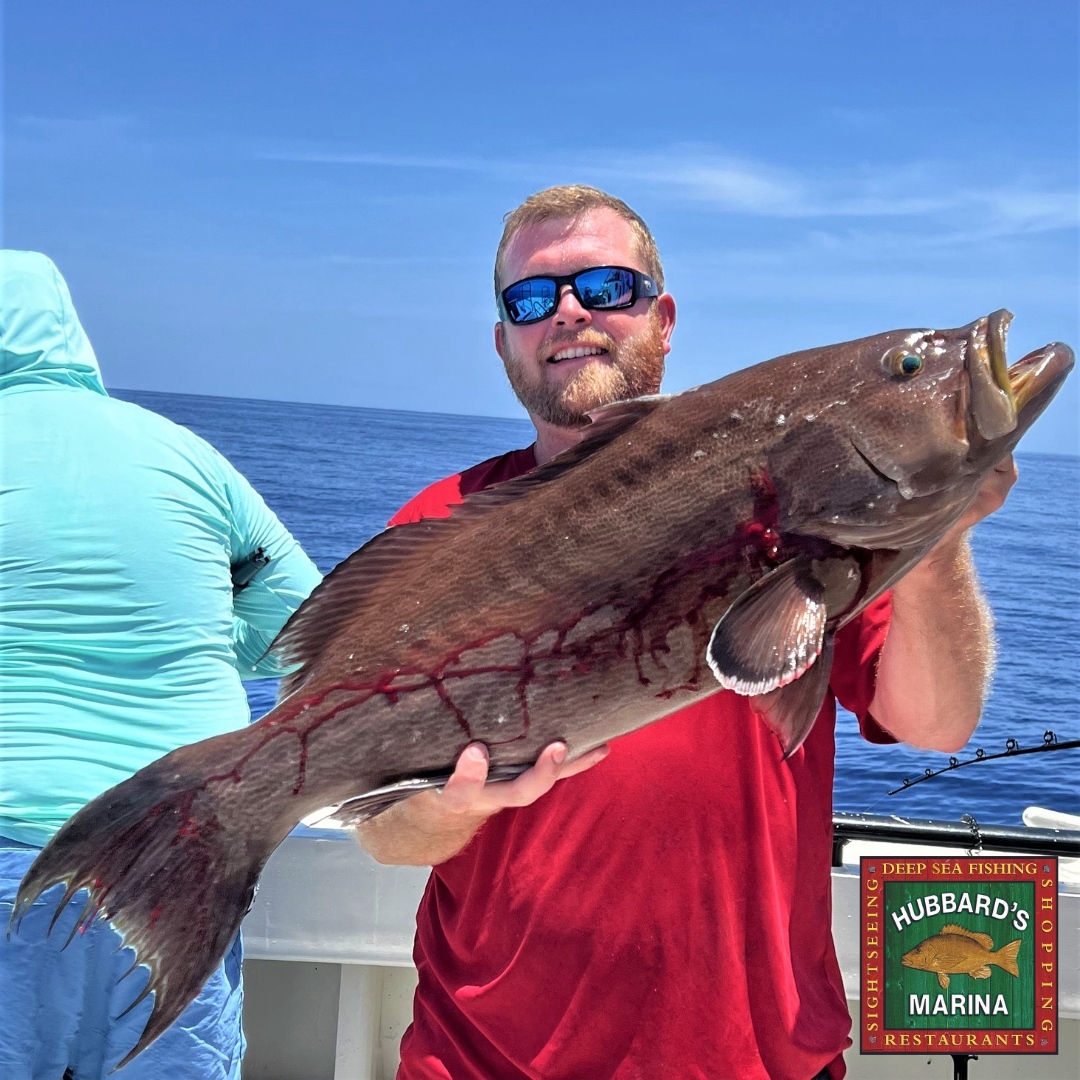